Another act I connected to at the ISYNTH 2015 – Gijs and his friends.

Gijs comments about the band:

Like myself, Bernard and Maarten have a rock and metal background. In fact, Bernard didn’t even play keyboards before he joined Heliophile and he started out on bass guitar. Maarten, on the other hand, is considered to be one of the best keyboard players in this area of the Netherlands.

To me, synthpop or whatever style a band chooses, is merely a kind of packaging for what really matters: the song, which consists of the chords, melodies and words of a composition. However, I get a lot of enjoyment out of packaging my songs in this electronic style, because synthesizers give so much room for creative sound design and arrangements. With regard to making my own sounds, I’m going deeper and deeper down the rabbit hole, having embraced the recent resurgence of (mostly analog) modular synthesizers. It’s an exploration with no end!

Here are some more links to info about HELIOPHILE: 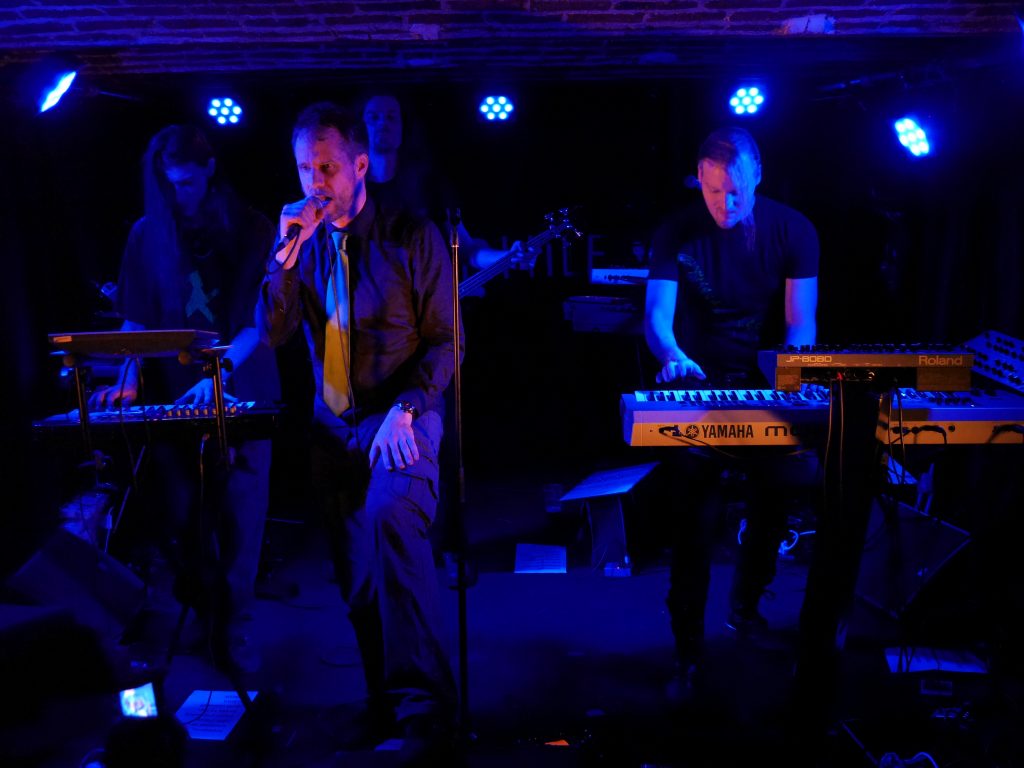