Christoffer and band performed at the Electronic Summer 2015 in Gothenburg. Rocked the stage – very enthousiastic! 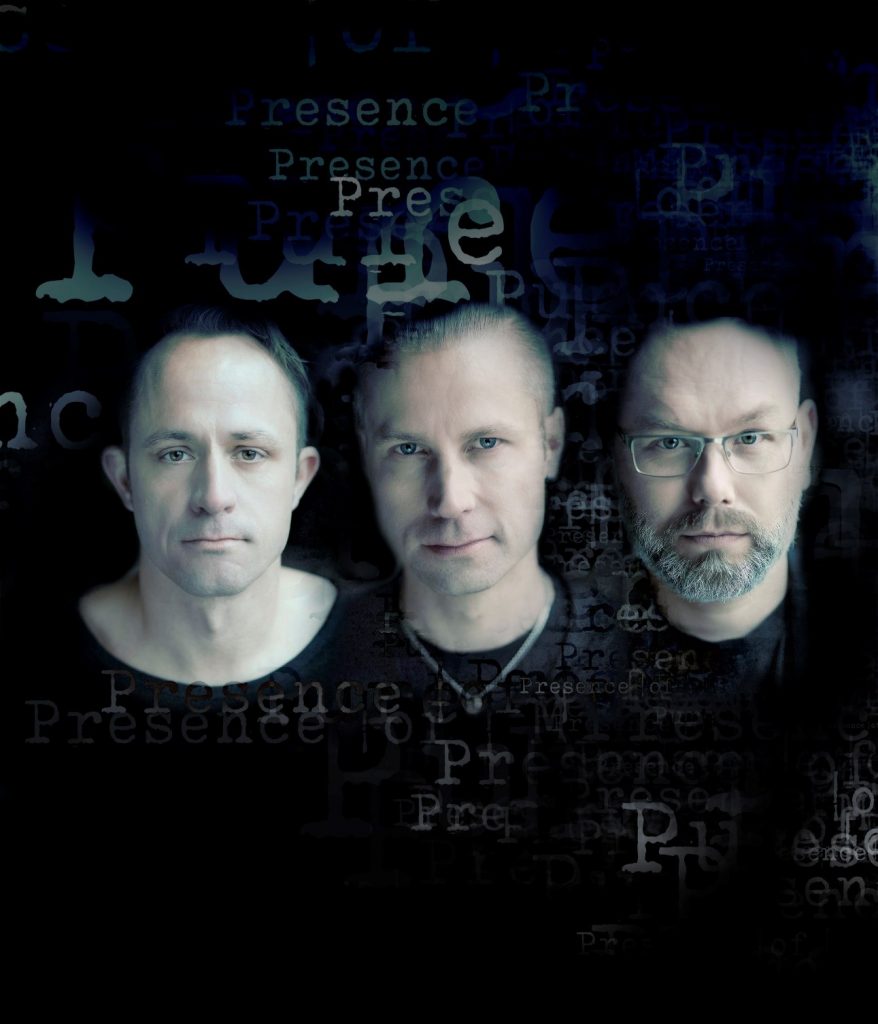 Hannes about the band:

Presence | of | Mind started making music in 1993. From start we used only electronic instruments and were inspired by the music from Depeche Mode, Mesh, De/Vision and several other talented musicians. Presence | of | Minds vision is to make modern electronic synthrock. Variation is important and we aim to mix dance friendly hits with more calm emotional songs. To create engaging songs that you can dance or just sing along to was always the purpose of the band. Christoffer has been called one of the most talented singers from Sweden in the synthpop genre. Live we always bring energy to the stage and with some custom built keyboard stands we add to the lightshow along with videos for the background. You will not stand still during our show!

Bernd: I totally agree – Chris is an awesome frontman. He pushes the project into the proper direction, can’t wait to see you guys on stage!

And here’s the biography of the guys:

Presence | of | Mind is an electro-pop band that has been active since the early nineties. They released their first real studio album “Interpersonal” in June 23 2014. On October the 7th 2016 it´s time for time for the second album “Pure”.

Presence | of | Mind was founded 1993 by the three childhood friends Christoffer Lundström, Hannes Ambros and Anders Wallroth in Mariestad, Sweden. Musically the band has been in constant change but the core has always been their own electro-pop with the strong voice of singer Christoffer Lundström and the high quality production and melodies signed Anders Wallroth and Hannes Ambros.

Presence | of | Mind has since the start made a name for themselves through the years in the genre of electronic pop music especially in Sweden but also across Europe. In the mid-nineties they participated on a few compilation CD´s like “Circuit One” and “Electronic Sunset” to name a few. In 2004 they made it to the final in the music competition “Quest for Fame”. The following year Presence | of |Minds first album in the form of an EP called “Between Emotions” was released. After a few years off, the second EP, “Pain of No Return” was released digitally in 2011. This was an important album because it was kind of a new start for the band and it was very well received.

On the 20th anniversary another digital album was released. It was a collection of songs written during the first ten years of the band and the name, “One way conversation 93-03”, was partly taken from the first demo they ever recorded. In 2012 the making of the first ever real album started. A better and more professional production was the foundation together with some new influences. It eventually became a full album under the name “Interpersonal”.

Presence | of | Mind started to do more gigs from 2012 and forward and in 2015 they performed in the biggest festival for synth music in Sweden, Electronic Summer. After that, the writing, production and recording of the second studio album started for real. In conjunction with the second studio album called “Pure”, Presence | of | Mind will re-release the EP “Pain of No Return” as a CD EP. That album was a milestone for the band and gave them new energy and interest to further develop the sound and songs. During live performances Pain of No Return is a favorite among the audience and that EP was simply too good to only be a digital release.

The next record will be called Pure. It is an album about how small events in our surroundings affects our emotions and our vision of how life should be , or could be, depending  on whether we just thought a little bit longer before making a decision. Lending a hand or maybe turning our backs on something that is uncomfortable at the moment but might have a huge impact on the person in question for a long period of time. We were once born pure maybe it is time start all over again.

On Pure things really start to come together. The music is a bit tougher without losing its melodic parts. As a whole the overall sound is more unified with its rough edges and subtle melodies. Still, some variation in speed and emotion is always important to keep it interesting and that really shows in for example Help Me Help You, Slowly and I am Demon. This is definitely the strongest 12 songs they ever did. They even did Black Angel and You behave Sometimes in Swedish versions as a bonus.